Too much time has gone by since I have done anything post-worthy. I thought that I would share the official photos of the cabinet (done by Ingeborg Suzanne) and the first few tools in the basement. The cabinet is currently at the Northwest Fine Woodworking Gallery and will be there until January. They have told me that there has been lots of interest but no serious bites. I'm not surprised, its not exactly priced to sell. Honestly I am kind of happy it will be coming home as it gives me something to show as evidence that the last two years actually happened. 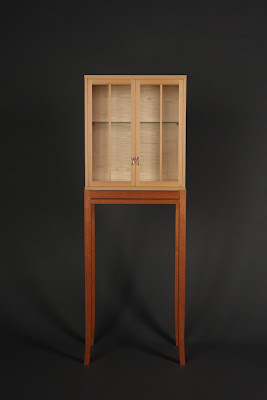 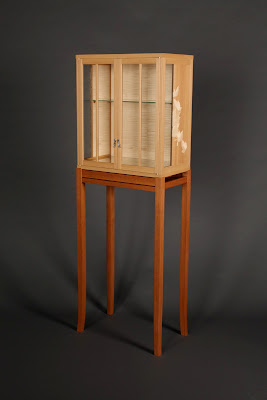 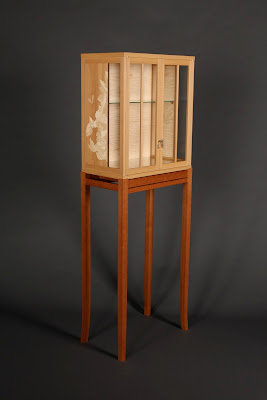 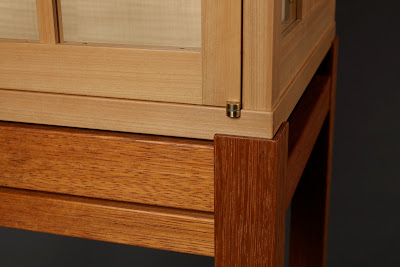 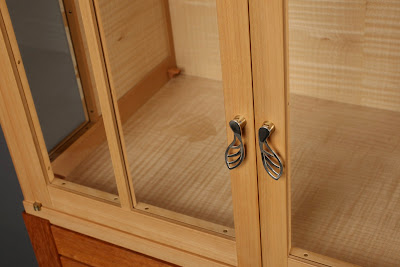 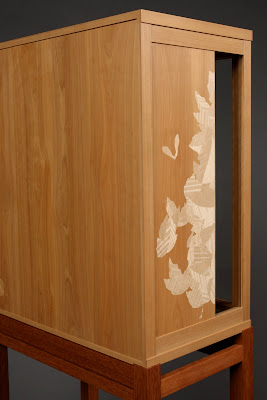 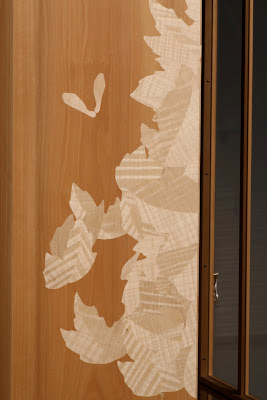 Here are some shots of the machines in the basement so far: 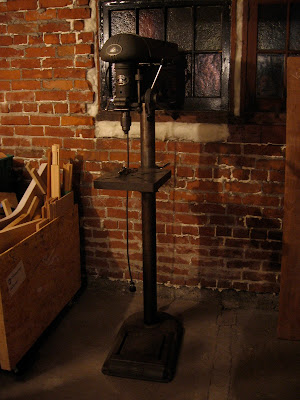 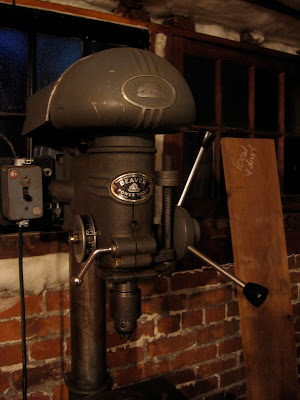 We found this old Beaver drill press on Craig's List...actually Junior found it and we beat him to it. Sorry Junior. It is in great shape, previously owned by a young metalworker who had three of various sizes. 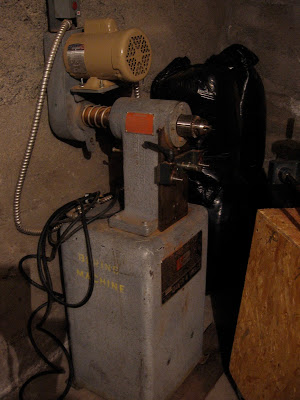 Yellow lettering...in case we forget what it is. 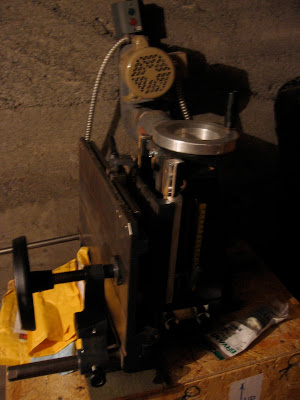 Lord Godfrey pointed us to the boring machine (thank you Ian). A former IP student was selling it just around the corner from where we are living. It came with a brand new Felder XY table, new Jacobsen chuck and new motor. (sorry about the blurry photo) 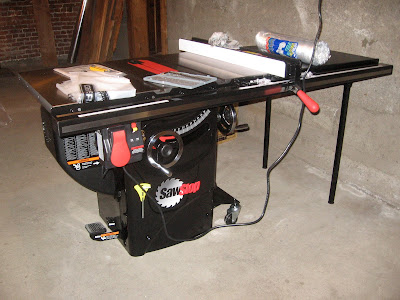 I guess Michal likes his fingers or something, he was dead set on getting a Stop Saw. We got to see the demo done in the store with a smokie. Pretty crazy! We haven't turned it on yet, so all I can say about it so far is I don't like the colour scheme 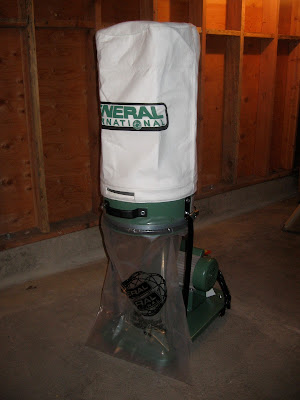 Wee dust collector.
It's still a way away from being functional but just seeing it start to happen is pretty exciting.
Posted by Barb Shelton at 9:13 PM